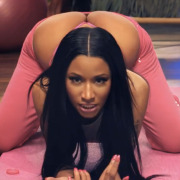 In short, Nicki Minaj is by far the filthiest, trashiest celebrity on trend today ... and her appallingly gross and offensive video for "Only," which features Chris Brown, Lil Wayne, and Drake, only makes her look -- and sound -- even worse. The video is chock full of bondage and torture, featuring men tied up after being assaulted and bloodied. The video screams "sexism," and can you even imagine the backlash that a male artist would get for featuring women beaten, bloodied, and bound? No, because it just wouldn't fly. People were all in a tizzy when Robin Thicke released "Blurred Lines," and to be honest, that business just doesn't even compare to this next level ish. Here's an excerpt from the lyrics, just in case you don't feel like puking in your mouth while watching the video this fine Friday morning: Yo, I never f--ked Wayne, I never f--ked Drake On my life, man, f--k's sake If I did I menage with 'em and let 'em eat my a-- like a cupcake My man full, he just ate, I don't duck nobody but tape Yeah, that was a set up for a punchline on duct tape Worried 'bout if my butt's fake ...  Hut one, hut two, big t-tties, big butt too ...  And tell 'em, tell 'em b--w me, Lance Stephenson Classy, right? Nicki Minaj is one nasty girl ... and not in a Janet Jackson-kind of way either, sorry. via Fishwrapper.
https://hotspots.ie/wp-content/uploads/2014/12/nicki-minaj-anaconda-music-video-1.jpg 540 960 admin https://hotspots.ie/wp-content/uploads/2016/03/Hotspots_logo_web.png admin2014-12-13 15:42:292014-12-13 15:47:35Nicki Minaj wins "Trashiest Celeb of the Year"! 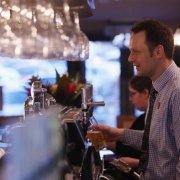 British pub group Wetherspoon said it would no longer sell Heineken drinks at any of its 926 pubs after a disagreement with the Dutch brewer over pricing in Ireland.  Wetherspoon has been selling pints of Heineken lager and Murphy's stout at prices around 40% below the competition at its first Irish pub in Blackrock, Dublin. The pub chain, which last year outlined plans for around 30 pubs in the Republic of Ireland, said Heineken had refused to supply Heineken lager, Ireland's biggest selling draught beer, and Murphy's to its second pub in Dún Laoghaire, due to open this month. The spat is another blow for Wetherspoon's ambitions in Ireland. The firm does not serve Guinness here either after a disagreement on price with drinks group Diageo. Wetherspoon said Heineken had also wanted personal guarantees from chief executive John Hutson in order to supply the Dún Laoghaire pub any of its others drinks, such as Strongbow cider and Foster's lager. It did not say what the guarantees were. Wetherspoon founder and chairman Tim Martin said the brewer's decision was "unacceptable and hard to understand". "We have been trading with Heineken for 35 years and they have never requested personal guarantees before. It's obstructive to do so now, especially when we made record profits of around £80m last year," he added. Heineken, whose business with Wetherspoon is worth around £60m a year, said it was seeking a resolution as soon as possible. "It is unfortunate that commercial issues in Ireland between Heineken Ireland and JD Wetherspoon have led to the current situation," a spokesman for Heineken UK said in a statement.
https://hotspots.ie/wp-content/uploads/2014/12/00086590-642.jpg 361 642 admin https://hotspots.ie/wp-content/uploads/2016/03/Hotspots_logo_web.png admin2014-12-09 14:14:502014-12-09 14:18:08Heineken ends drinks Deal with Wetherspoon chain in Ireland 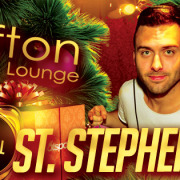 Dublin hotspot the Grafton Lounge will be the place to be this St. Stephen's night, as top nightlife promoters Hotspots.ie have announced details of their festive extravaganza. Rugby fans are in for a real treat, as the Grafton will be showing the much anticipated clash between Munster and Leinster live from Thomond Park on their giant screens. The ladies are in for a treat too, as Dublin’s favourite DJs Rob C and Jamie Byrne will be keeping the dance floor full all night long. The party starts from 5pm till late with free entry all night long. You can also make a reservation enquiry for group bookings here, places are limited.
https://hotspots.ie/wp-content/uploads/2014/12/glrockstimeline.jpg 315 851 admin https://hotspots.ie/wp-content/uploads/2016/03/Hotspots_logo_web.png admin2014-12-03 18:08:232014-12-06 23:26:15Team Grafton Lounge get behind the Leinster boys 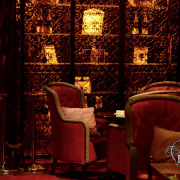 The Christmas party season was in full flow over the weekend at Ireland's top celebrity haunt Lillie's Bordello. On Saturday night some of Ireland's favourite TV stars, enjoyed a night out at the Dublin hotspot. Voice of Ireland presenter Kathryn Thomas, took time out from her hectic schedule to spread some festive cheer in Lillie's. The blonde bombshell enjoyed a night on the tiles with friends, at her favourite Grafton street club. Fair City starlets Jenny Dixon and George McMahon were also spotted partying the night away with pals in the exclusive VIP members bar.
https://hotspots.ie/wp-content/uploads/2014/12/lillies19.jpg 450 800 admin https://hotspots.ie/wp-content/uploads/2016/03/Hotspots_logo_web.png admin2014-12-03 18:05:362014-12-03 18:05:36Kathryn spreads some festive cheer at Lillie's